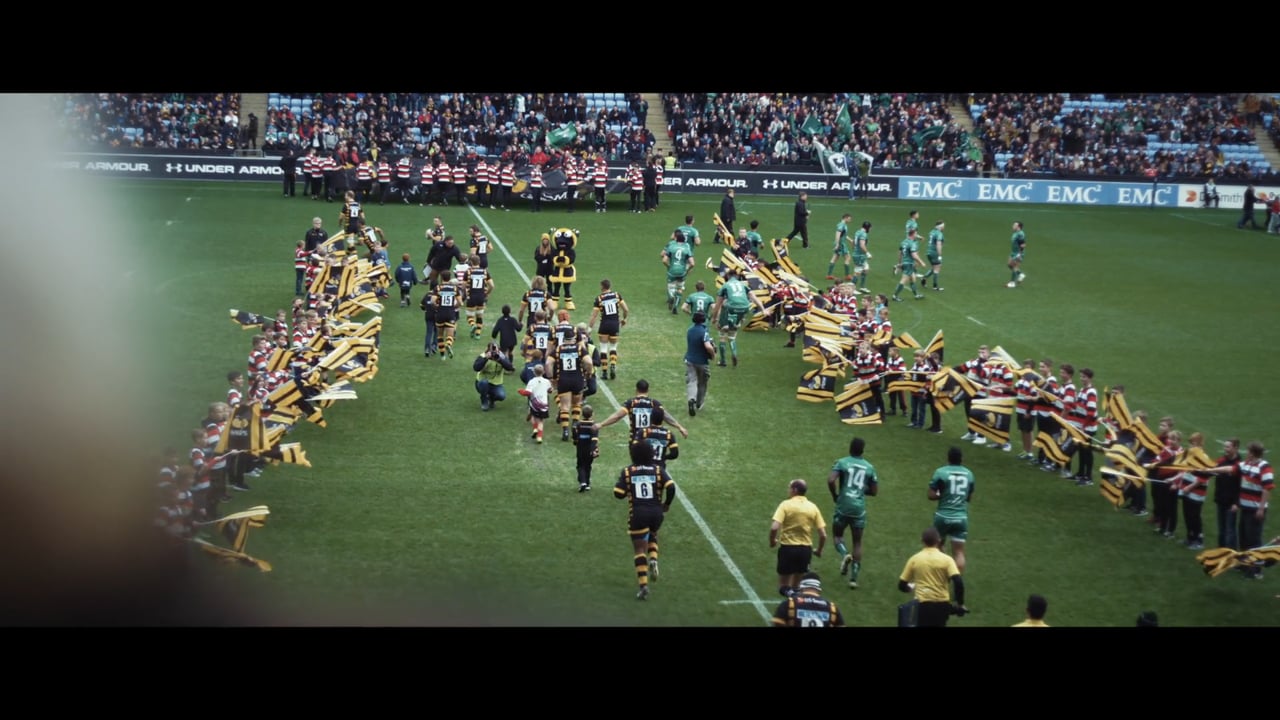 Our video production agency, Tinker Taylor, found ourselves buzzing after we found ourselves teaming up with one of Europe’s leading rugby clubs; Wasps to support their fly-half; Lima Sopoaga in his first season of top-flight rugby in the Northern Hemisphere.

As a long term lover of the sport, rugby union member Sam Taylor (our creative director), believes that the tie between Tinker Taylor and Sopoaga could not be better aligned.

How is there a tie between a corporate video production agency and a rugby player?

Well we’d say it’s because we’re both currently top of our game, and show similar values such as passion, commitment, raw talent and hard work.

In recent years Sopoaga has been an integral part of the New Zealand All Blacks line-up, scoring 12 points in his debut match against South Africa and going on to appear a further 15 times for the greatest team in world sport.

Tinker Taylor won a coveted RTS award and Gold/Chairman’s Award at the Drum Awards for a hard-hitting awareness campaign for the Police Service of Northern Ireland. 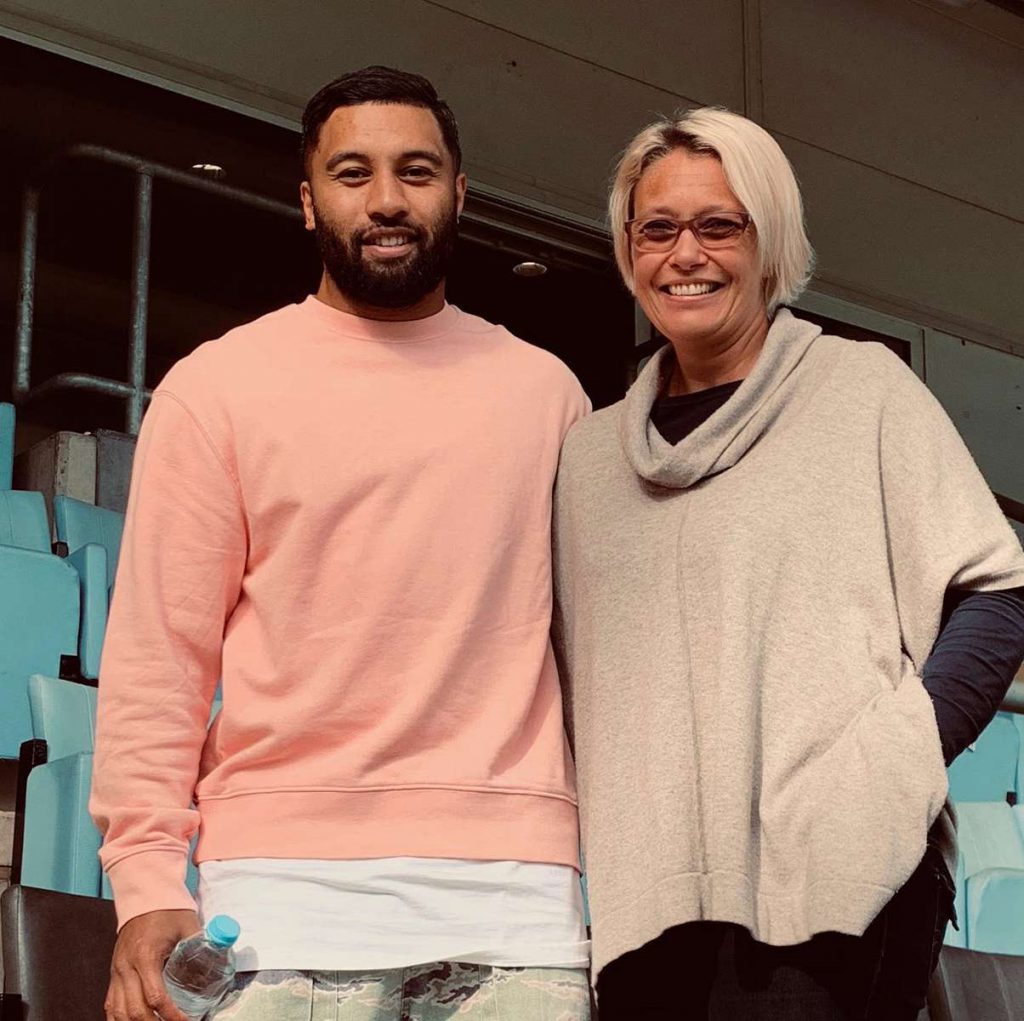 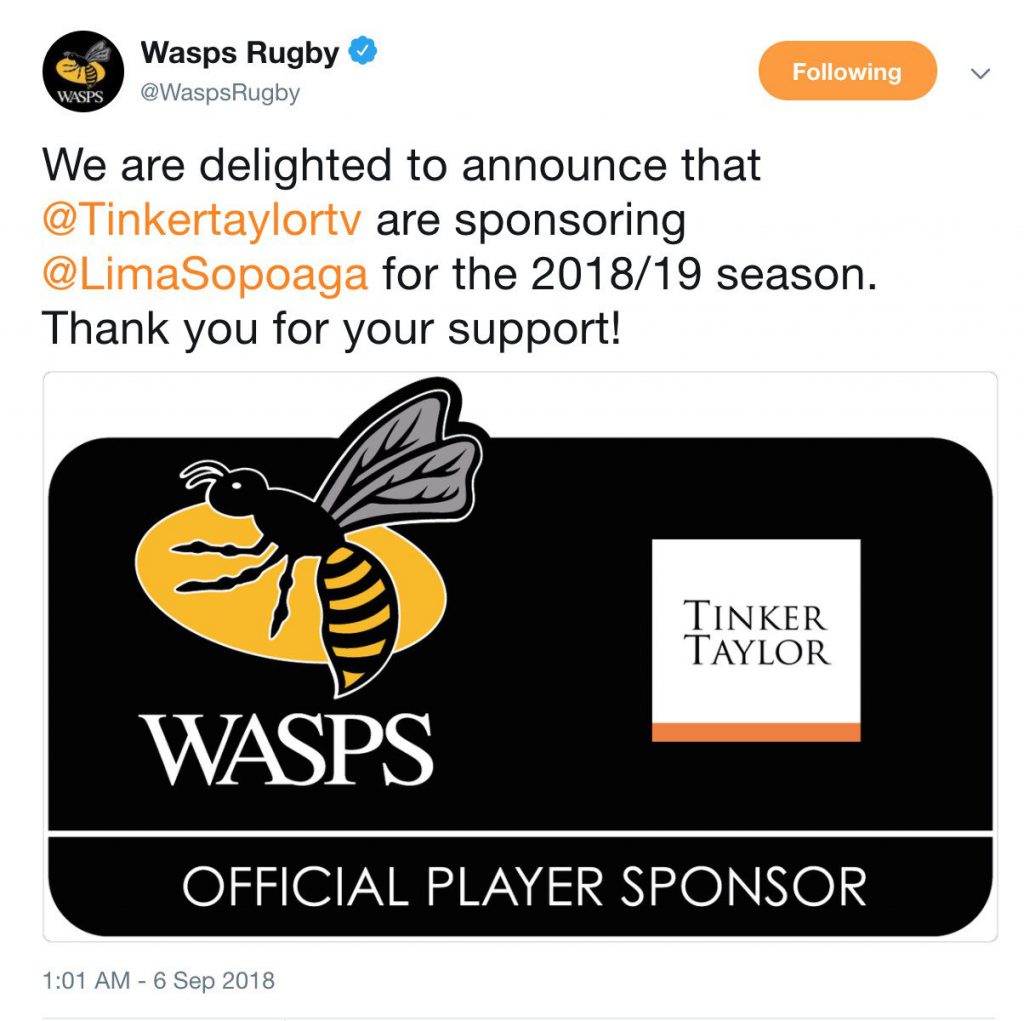 Our first project with the Wasps left us equally as excited.

It was for STEAK; their brand new corporate hospitality package which meant we’d be well…filming steak.

Not a bad job if we say so ourselves!

The concept was dead simple, we needed to produce a film that would:

We were more than willing to accept the challenge! 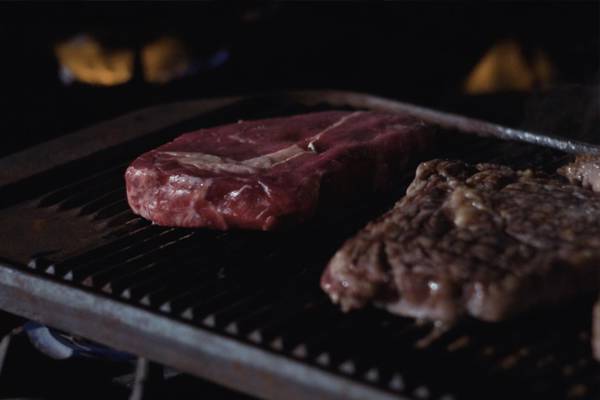 What a tremendous piece of work – the whole team are really chuffed with this VT; let’s hope it sells lots of STEAK! We look forward to working with you on other projects 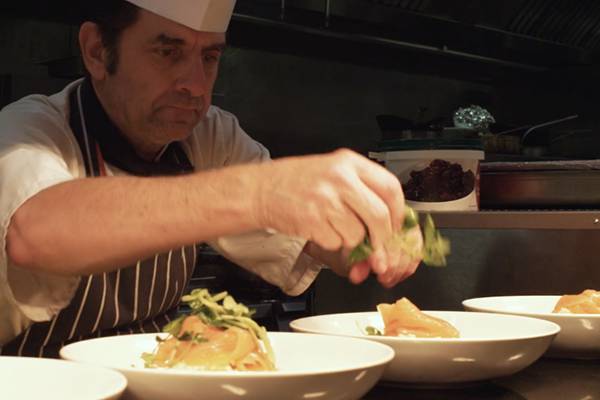 Using an Arri Camera, we decided on filming the majority of our video in beautiful slow motion.

The most important aspect, for us, was to show how closely the game and their new corporate hospitality package intwined.

We filmed a delicious steak sizzling on a grill, red wine being poured into a glass, pro rugby players doing a Q&A whilst happy customers watched on, the players running out amongst a fanfare of flags and mascots…

We believe that the short promo is cinematic, glamorous and enticing, though still remaining accessible.

It certainly combines a love of sport, with a love for good food.