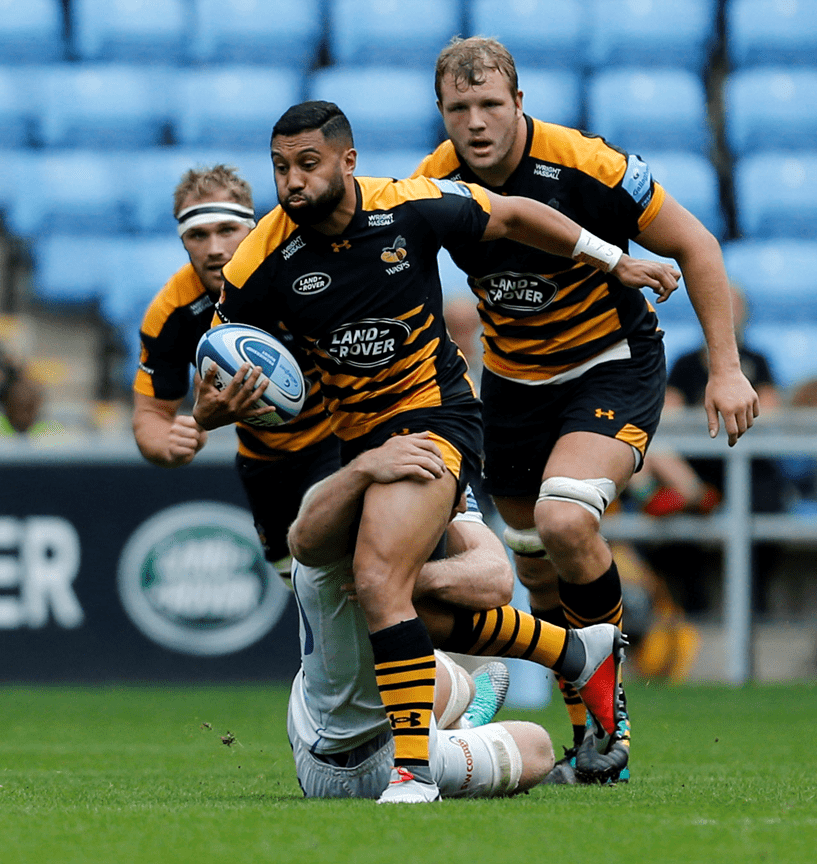 The Birmingham-based agency has teamed up with one of Europe’s leading rugby clubs to support Sopoaga’s first season of top-flight rugby in the Northern Hemisphere.

His signing at Wasps is great news for the Coventry-based club, the region and English rugby and the sponsorship opportunity was just too good to miss, according to Tinker Taylor’s creative director Sam Taylor. Sopoaga made his Wasps debut off the bench against Exeter Chiefs at the weekend, in a thrilling top of the table clash.

Sam has long been involved in rugby union; first as a supporter, then player and now RFU coach of the ‘Mighty under 14’s’ at Shirley-based Camp Hill RFC, one of Wasps’ community partners.

For Sam, the tie-up between Tinker Taylor and Sopoaga could not be better aligned. “Lima is absolutely at the top of his game, a joy to watch, a creative, not afraid to take risks, his brand of rugby is exciting and powerful,” she said.

“Being at the top of your game, for me, is all about passion, commitment, raw talent and hard work. It doesn’t matter if you are a film-maker or a rugby player, it’s all about loving what you do and giving it everything you’ve got. Everyone at Tinker Taylor is thrilled to be involved with Wasps and can’t wait to see the impact Lima will have on the club’s domestic and European campaign.”

Samoan-born Sopoaga has played for Super Rugby side Highlanders since 2011. During the 2015 season he was the highest scorer of any super league player, scoring a whopping total of 191 points and helping the side secure their first super rugby title.

In recent years Sopoaga has been an integral part of the New Zealand All Blacks line-up, scoring 12 points in his debut match against South Africa and going on to appear a further 15 times for the greatest team in world sport.

Tinker Taylor won a coveted RTS award and Gold/Chairman’s Award at the Drum Awards for a hard-hitting awareness campaign for the Police Service of Northern Ireland.